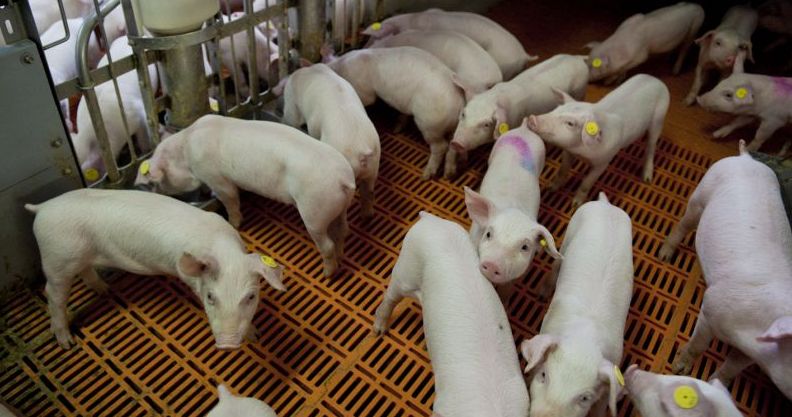 It has been already mentioned in previous articles that the stress factors encountered by piglets during weaning are debilitating conditions, which is very conducive to the multiplication of pathogens. When the body drifts out of its resting state and needs to focus on more impulses, the pathogens in the body that have been controlled so far are given space and spread.

It should be noted that in the farrowing house, each room, including each pen, has its own veterinary status. So the less mixing, the healthier the piglet, which has an economically positive effect on weaning weight, even post-weaning weight gain and feed utilization.

At family weaning the goal is to mix the piglets the least and form the groups already in the farrowing house and preferably 2 or 3, maximum 4 litters should be in one group. The best implementation is 1 litter per pen, but it is more cost-optimal solution when there is 22-26 piglets per pen in the nursery.

Before we transfer the piglets to the nursery, we group several relatively identical litters by removing only the smallest piglets in the farrowing house. Practically means that after transportation of the piglets to the nursery only the smallest piglets (2-5) are taken out and placed in a separate pen. With the next group we proceed in the same way, when is grouped we take out the 2-5 smallest pigs and group them together with the previous selected small piglets. With this strategy the small piglets are in focus within a pen and we can take extra care on these collected piglets with wet food. Even when carrying out daily work processes - such as cleaning, medical treatment - it is advisable to leave these pens to be the last.

Using the “family weaning” strategy, several group marking procedures can be used. In larger farms the color card method, in smaller colonies the numbering method is common. In case we move the selected piglets of the week to the nursery at the same time by vehicle, it is advisable to color the paired litters with a spray so that we can move several groups at the same time - or possibly lock them separately in the animal transport truck. In the nursery, the piglets are moved into the pens according to colors, where the smallest piglets are removed from the given group, balanced by space.