Negative effect of the nonproductive days (NPD) for the production 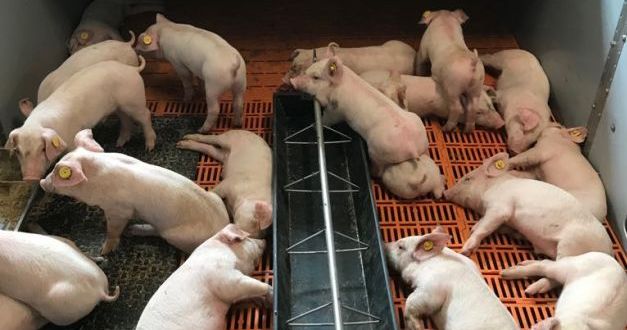 Most probably, all professionals, who follow our articles, know what is the NPD in the pig production, but regarding the influence of the NPD, usually we slip over the details. In some places the nonproductive days is known as “empty days”, or “dry days”. If we look into a software, we can observe that the NPD is calculated from many parts in a sow cycle- from farrowing to farrowing. The  best is when NPD is 12 days or less. Very important segments to look at in a sow cycle regarding the NPD are the weaning- insemination period, the returner sows and the dead sows before farrowing.

Let’s take a look on the NPD in the weaning- insemination period. The normal target should be 4-5 days after weaning. But if this interval is lower than 4 days, it could mean a problem in the farrowing unit, like a negative stress influence a couple of days before weaning which disturbs the sow ‘s hormonal system. The most common stress is the small piglet transmission from the original sow to a nursery sow with the purpose of giving one more week of development for those piglets. Stress can be the vaccination of the piglets or sows which can create a fever destroying the milking of the sows, or the activity of the piglets for milk. This things are more than enough for the sows to loose the hormone system’s balance. It’s also problem if NPD is more than 5 days in the weaning-insemination period. Sow’s body condition is related to the quantity and quality of the future heat.  Flushing of the sows after weaning also has an impact on the heat- in this time period we have to be sure that our sows get positive stress, instead of continuous negative stress. Negative stress can break the hormonal change in the body of the sow, and the biology is using the energy in wrong place instead of preparing the heat.

The other important part of NPD is the rebreeding and the dead pregnant sows. We mentioned that average 12 days NPD or under is considered like very good. Usually if the avg. NPD is higher than 12 days can be many over 40 days returner, or aborted sows, or many lost pregnant sows. Good to know, that under 28 days in pregnancy is no abortion, only returning in heat. If we have more returner, we have to find out exactly where we have the problem, which group age. Regarding lost pregnant sows, we need to have a pathological picture from each animal and react fast due to the seen changings, perhaps if is available a memoir, where changes like food, water… etc are registered.

The high NPD is associated with annual sow rotation, - high NPD results low sow rotation, which reduces the number of produced piglets per year per sow.