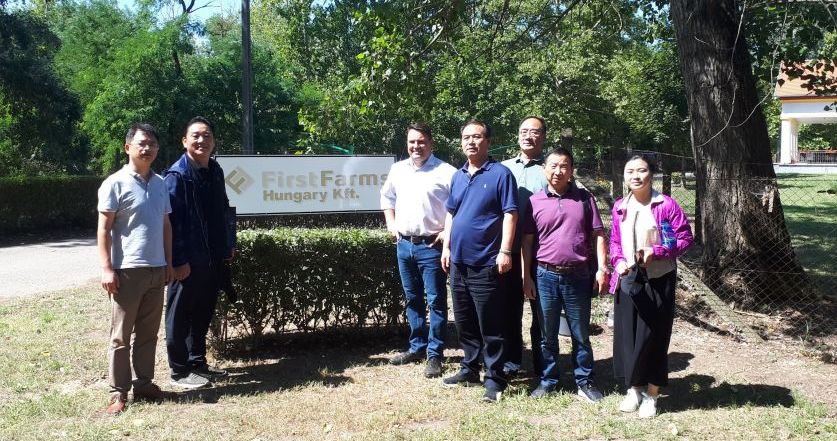 During the interactive presentation and discussion they talked about  new-generation technologies, genetics, and international meat consumption habits.

FirstFarms Hungary Kft. was chosen because they said they had previously been in contact with FirstFarms A / S, the parent company listed on the Danish stock exchange, and now they wanted to know about pig farming sector from its extensive agricultural portfolio.

They discussed the impact of African swine fever on the world market, the changes in Chinese meat consumption habits, and the issue of biosecurity.

At the end of the visit, Wang Kai Cun, Head of Delegation, said they were delighted to be welcomed by FirstFarms Hungary Ltd. He highlighted three key segments fof the meeting, which he said are internationally exemplary and to be followed in China. One is the high level of biosecurity at the company's sites, the second is  environmentally friendly production, and the third is the management combined with world-class technology what leads to an efficient and knowledge-based production.